Head of National Crime Agency unit says Russian officials will not say if money entering UK is from proceeds of crime. 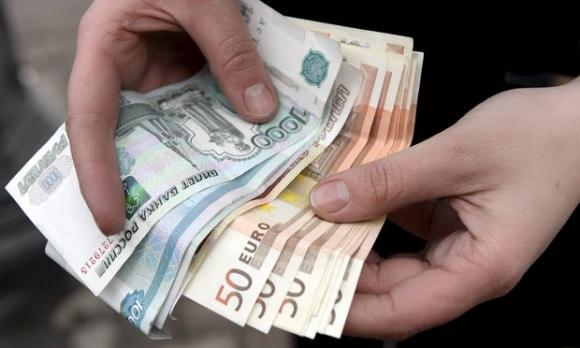 According to the Central Bank of Russia, capital flight from Russia during the Putin years has exceeded $1tn. Photograph: Jussi Nukari/Rex

Britain is struggling to stop vast sums of potentially criminal money entering the country because investigators are being hampered by the Russian authorities, the head of the National Crime Agency money laundering unit has said.

In an interview with the Guardian, David Little said: “The amount of Russian money coming into the UK is a concern. “One, because of the volume. Two, we don’t know where it is coming from. We don’t have enough cooperation [from the Russian side] to establish that. They won’t tell us whether it comes from the proceeds of crime.”

Labour has been granted an urgent question in the Commons on the subject. The shadow chancellor, John McDonnell, will raise the issue at 12.30pm on Tuesday in a debate, with a government minister responding.

Little, who is head of the NCA’s money laundering and corruption intelligence desk, said his team exchanged information with the Russian Financial Investigation Unit.

But he hinted that frosty diplomatic relations between the UK and Moscow, and the murky internal politics of Russia itself, made it impossible to pursue leads.

He pointed to the “wider relationship issues that exist within Russia”, adding: “Overall, the [UK-Russia relationship], it’s very challenging.”

On Monday, the Guardian revealed that police in eastern Europe have been investigating how at least $20bn was moved out of Russia during a four-year period from 2010.

Detectives have exposed a money laundering scheme, called the “Global Laundromat”, that was run by Russian criminals with links to their government and the former KGB.

Documents seen by the Guardian show British-registered firms played a prominent role in the money laundering network – and the UK’s high street banks processed $740m from the operation without turning back any of the payments.

The banking records were obtained by the Organized Crime and Corruption Reporting Project (OCCRP) and Novaya Gazeta from sources who wish to remain anonymous. OCCRP shared the data with the Guardian and media partners in 32 countries.

The documents include details of around 70,000 banking transactions, including 1,920 that took place in the UK and 373 in the US.

Little said he thought it was likely that other sophisticated, long-running schemes like the Laundromat were still being used by criminals.

“Typically these schemes operate for a number of years. The money moves through it. It keeps churning away until something triggers it [to stop]. These are the most dangerous schemes.”

He said the NCA would be reviewing its work on the Laundromat in the light of the revelations.

“We have an interest in all money laundering schemes like this, particularly where UK structures appear to have facilitated it.”

Robert Barrington, the executive director of Transparency International UK, said the revelations of the UK’s role in financial crime should “come as no surprise to anyone”.

“A year after the Panama Papers, we can see that the anti-money laundering supervisors have been asleep on the job, the banks have been at best lax and at worst complicit, and the UK’s law enforcement agencies have a dismal track record of investigations that lead to prosecutions.

“Basically, the UK’s anti-money laundering defences are just not fit for purpose. The government needs a concerted, world-class strategy to deal with this if it’s going to convince people that we are not in a post-Brexit race to the bottom in which corrupt money is welcomed to the UK with open arms.”

Barrington said it was good that that criminal finances bill was currently before parliament, but added: “The bad news is that at last year’s anti-corruption summit, the government promised to publish a national anti-corruption strategy by December, and there is no sign of it.”

Roman Borisovich, a former banker and anti-corruption campaigner, said the British government needed to do more to end offshore secrecy. It should identify the real owners of offshore companies doing business or owning assets in the UK.

“In Russia I have witnessed an entire shadow industry of money laundering engineered by professional financiers and operated by organised criminal groups under the Kremlin’s watchful eye,” he said.

According to the Central Bank of Russia, capital flight out of Russia during the Vladimir Putin years exceeded $1tn, he said. “We have no idea yet how the other $900m got across the Russian border – but rest assured they ended up in the same banks.”

HSBC, the Royal Bank of Scotland, Lloyds, Barclays and Coutts are among 17 banks based in the UK, or with branches here, that are facing questions over what they knew about the international scheme and why they did not turn away suspicious money transfers.

HSBC processed $545.3m in Laundromat cash, mostly routed through its Hong Kong branch. The troubled RBS, which is 71% owned by the UK government, handled $113.1m. Coutts, which is owned by RBS and used by the Queen, accepted $32.7m of payments via its office in Zurich, Switzerland.

Coutts is winding down its Swiss operation and was last month fined by regulators for money laundering in a different case.

RBS said in a statement that also covered Coutts and NatWest: “We are committed to combating financial crime and money laundering in line with our regulations and have controls and safeguards in place to identify, assess, monitor and mitigate these risks.”

HSBC said: “This case highlights the need for greater information sharing between the public and private sectors, each of whom holds important information the other does not.”

According to the Central Bank of Russia, capital flight out of Russia during the Vladimir Putin years exceeded $1tn.