Нis election was legitimate, and his inauguration is inevitable. All of us have a duty to oppose Mr. Trump when he is wrong, but also to remain open to supporting him when he and the Republican-majority Congress make worthy proposals. One would be tax reform. 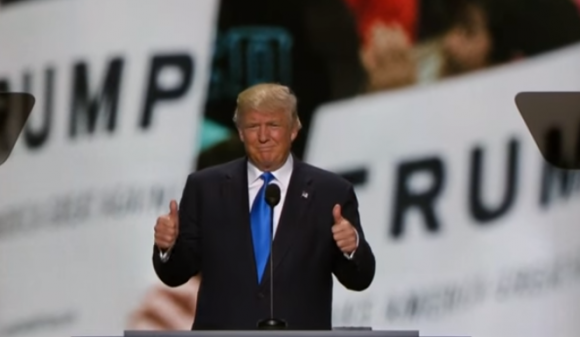 WE OPPOSED Donald Trump’s election and supported his opponent, Hillary Clinton, because we thought she offered better policy solutions and was better-suited by experience and temperament for the job. Since Nov. 8, Mr. Trump has stoked doubts regarding policy, by issuing apologetics for Russia and tariff threats against automakers, American and foreign, among other instances. In a series of outbursts on Twitter, he also has intensified many Americans’ concern about his temperament.

Nevertheless, his election was legitimate, and his inauguration is inevitable. All of us have a duty to oppose Mr. Trump when he is wrong, but also to remain open to supporting him when he and the Republican-majority Congress make worthy proposals.

How often might that be? Well, not never: We can identify a number of areas in which Mr. Trump and his fellow Republicans have ideas worth taking seriously.

One would be tax reform, specifically of the corporate code. Mr. Trump’s campaign proposals on both the corporate and individual side were unjustifiably generous to the well-to-do and destabilizing to federal finances. Nevertheless, he appropriately seeks to encourage corporations to bring billions back to the United States and to discourage them from offshoring income in the first place. Emerging Republican plans in Congress offer intriguing possibilities for accomplishing those objectives — if appropriately designed not to blow up the deficit or unduly exacerbate inequality.

Then there is education. Mr. Trump’s nomination of Michigan school choice advocate Betsy DeVos to be education secretary signals that the incoming administration will be more sympathetic than any in recent memory to giving parents alternatives to traditional public schools, whether publicly funded charter schools or vouchers to help pay private-school tuition. If reform is targeted to poor families currently with no options other than a failing neighborhood school, it would be a boon.

Mr. Trump and the Republicans are right to emphasize a stronger military defense, after years of budgetary uncertainty exacerbated by the ill-advised sequestration limits. Again, much depends on how they go about boosting military spending and how they propose to pay for it, if at all. Yet the basic principle seems sound, given multiple threats: terrorism, China and, yes, Russia. Mr. Trump’s insistence that the government get a better deal from defense contractors — as from drug manufacturers — also isn’t crazy.

Mr. Trump has expressed interest in expanding infrastructure and deregulating business, and on both counts he has a point — with caveats. If Mr. Trump’s idea for the former issue is like that of adviser Stephen K. Bannon — who has said, apropos construction spending, “We’re just going to throw it up against the wall and see if it sticks” — the results could be disastrous. If Mr. Trump wants to fund a long-term program to maintain and upgrade existing facilities, the productivity enhancements could justify paying for it with borrowed funds. As for regulation, there must be simpler, less costly ways to achieve widely shared goals such as fuel efficiency and financial stability. If Mr. Trump genuinely pursues them, as opposed to abandoning the goals, he’ll deserve a fair hearing.

As full of risk for our democracy as the Trump presidency is, it would be folly to ignore any opportunities for progress it presents, if and when it does.

A good beginning is just the battle.